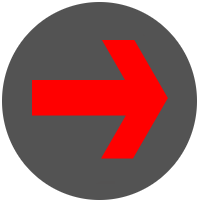 Duplicates: Duplicate files are always an issue for database websites. To prevent the same exact file from being uploaded is easy enough, but what about images that kinda look the same, or uploading a larger version of a pre-existing image? To facilitate in removing and preventing duplicate images, I've implemented a number of duplicate detection algorithms. As such, moderators can easily find images which are visually similar. One unintended benefit of this system is that it also works as a reverse image search!

Phases: GreyHen's operation has historically been divided into discrete "phases" - each phase represents a large-scale shift from the previous phase Below is a list of past, present, and future phases:

Your Role: As mentioned in the "Phases" section, GreyHen relies on its users to cast votes and upload files. More of this user interaction will mean more data, which will mean more users, and thus more user interaction, forming a feedback loop. Even without donating money, you can still help GreyHen grow, just by using the site's features.

Money: To learn more about how GreyHen is paid for, how much it costs, and how you can help, visit the funding page.

Your Data: A lot of people get very worried when it comes to their porn preferences, perhaps for good reason; look at what happens every time a celebrity is found to have a foot fetish. Imagine the uproar if we found out the president was into gore. No, not everyone is a celebrity, but everyone has a right to privacy, and GreyHen respects that. Some of your information is recorded anonymously - that's how I know what people are searching for, and how to improve search terms - but none of that data will ever be given away. It is to be used for the purpose of improving the site, and nothing else.

Thank You for choosing to use GreyHen. This website is and always will be dedicated to serving users like you, and hopefully we'll be able to see this come to fruition together.